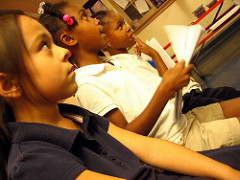 In New York City alone last year more than 108,000 felonies and 153,000 misdemeanors were committed. Hoodlums, punks, and juvenile delinquents are on the loose, terrorizing innocent men, women and children.

These street ruffians annoy, molest and browbeat. They respect only the Iron Fist. Naturally, the average American does not walk around with a chip on his shoulder. He doesn’t spend his spare hours in a gym with the boxing gloves on. And yet in today’s “dog eat dog” society, he must learn how to defend himself against the roaming roughnecks. And Karate is the answer! The Karate student will know what to do. Yes, Karate, the super judo of the 20th Century!

Use these techniques if you are threatened.

1. Man attempts to smash you on the head with a long rod. HOW TO DEFEND: Step inside and thwart the blow with your left hand; this will throw the man off balance temporarily. Follow through with a smashing punch to the face.

2. Man attempts to smash your legs with a long pole. HOW TO DEFEND: Jump up to dodge the blow. At the same time, send a swift kick to your foe’s face; then punch away at him.

3. A man has a long pole and tries to jab at your face and chest with it. HOW TO DEFEND: Quickly dodge to the inside, grasp pole with both hands, then quickly deliver a kick to opponent’s solar plexus.

4. An assailant presses a pistol into your back. HOW TO DEFEND: The Karate student will have all the answers if threatened in this way. Try to distract his attention with a slight, innocent movement of your hand; then quick-as-a-flash, step back & slash downward against his gun hand. Smash away until drops gun.

5. An opponent holds a pistol against the back of your head. HOW TO DEFEND: Distract his attention with nonchalant movement of the hand, then quickly step back and slash across your rear, striking his wrist or forearm. Turn body away from the gun and smash opponent with Karate blows until he crumbles.
6. Opponent presses gun against your stomach. HOW TO DEFEND: Slash downward on opponent’s gun hand. Follow through by grasping arm and twisting it, forcing opponent to drop pistol. Then deliver repeated Karate blows.

7. Opponent holds a gun at the side of his hips about a foot away from you. HOW TO DEFEND: Distract his attention with your hand. As he looks up, slash left hand down and across, grab gun; deliver punch to Adam’s apple with right hand

A WORD OF CAUTION: Unless you have mastered every phase of Karate, do not attempt to defend yourself against a pistol or knife threat. The intention here is to show you the proper Karate defense, but not to encourage an amateur to take a foolish risk in a moment of extreme danger. If you are merely a beginning Karate student, get out of harm’s way as quickly as possible.

Learn The Karate SecretsTo Defend Yourself With Speed And Skill Like The Legend, Bruce Lee.
For More Training Visit: http://www.karatesecrets.org