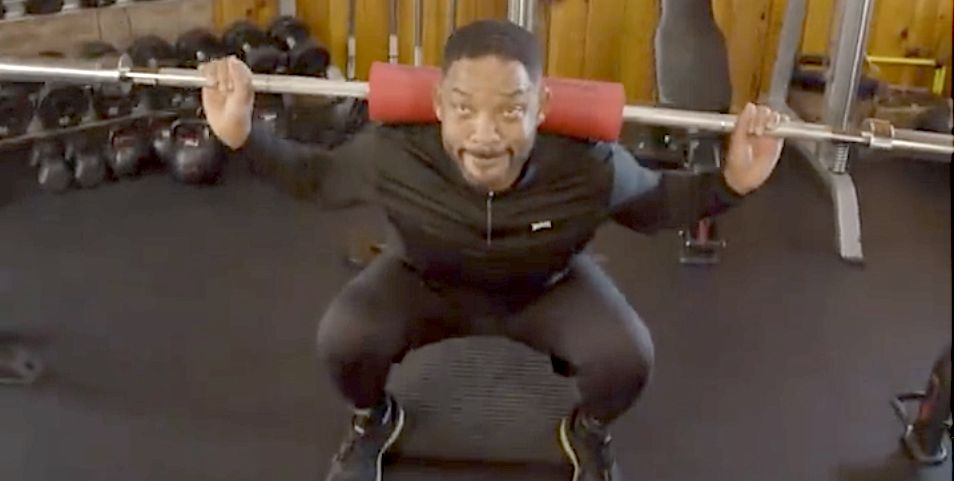 Will Smith and several of his celebrity friends are committed to getting into the best shape of their lives over the next few months as part of a recently announced YouTube series, but Smith is also learning that the smartest way to begin a sudden weight loss transformation isn’t always the most social media-friendly.

Earlier today, the actor posted a video to Instagram playfully criticizing trainer Aaron Jon Ferguson’s beginner-friendly methods, which involve mastering basic compound movements such as barbell back squats and working on mobility before piling on the weights.

In the tongue-in-cheek clip, Smith clearly seems to have issues with this less glamorous workout strategy. “This guy says let’s just get the movements, let’s just get your body back into the movements so we avoid injury,” he says, with a nod toward Ferguson, who looks on.

This, of course, precedes a hilarious jump cut that reveals Smith doing exactly what he said he wouldn’t—only with a back squat instead of a bench press. “Sometimes I think trainers like to make you do BS, just to see if you’ll actually do it,” he captioned the post.

Jokes aside, it appears Smith might actually be in good hands while easing back into his training routine. If you happen to be shaking off some rust yourself, there’s no reason to feel ashamed about lifting with an empty bar until you’re ready for more resistance.

As Men’s Health’s own fitness director and personal trainer, Ebenezer Samuel, C.S.C.S., explained earlier this month, it’s especially important for men over 50 like Smith—who is 52—to start with mobility training to reduce the risk of injury.

“If Smith instantly starts with heavy barbell squats or bench presses, sure, he might be able to move the weight, but his tissues might not be permitting those movements to happen properly,” Samuel said.

As it happens, Samuel also recommended doing back exercises such as dumbbell rows to build strength. Perhaps next time Smith can consider doing those as a compromise—they’re just as effective, after all, and they look cooler than an empty barbell.