Woman, 23, with stage four incurable cancer faces a race against time to raise £300K for private treatment that’s her ‘last hope’ of survival

By Harriet Johnston For Mailonline

A woman who was diagnosed with a rare stage four cancer at the age of 21 has launched a charity campaign in an effort to afford potentially life-saving private treatment.

Daisy Ellis, 23, from Northamptonshire, was diagnosed with rare stage four Alveolar Rhabdomyosarcoma while studying at university two years ago.

She has since gone through over 20 cycles of chemotherapy and 50 sessions of radiotherapy, but now says all of her options on the NHS have been exhausted and that private treatment is her ‘last hope’. 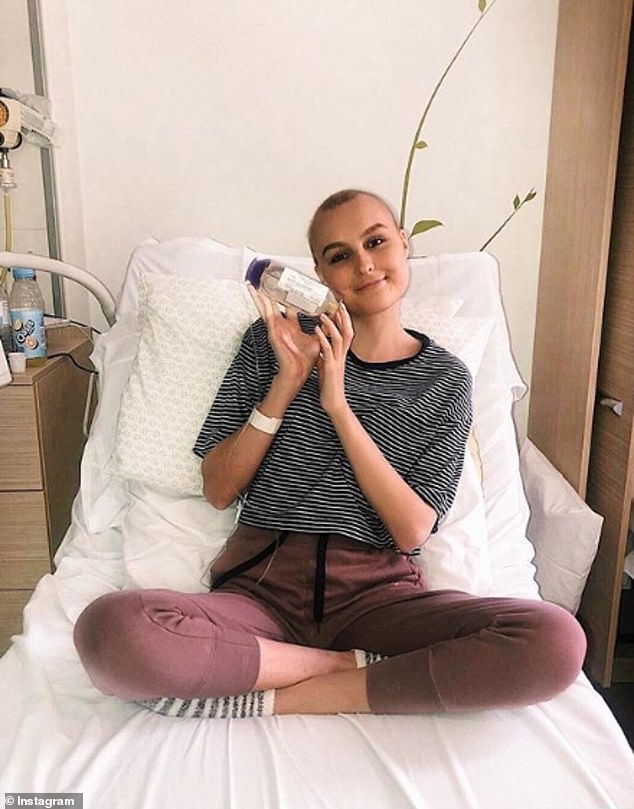 Daisy Ellis, 23, from Northamptonshire, has raised over £40,000 in days after launching campaign to raise funds for life-saving cancer treatment (pictured in hospital in June) 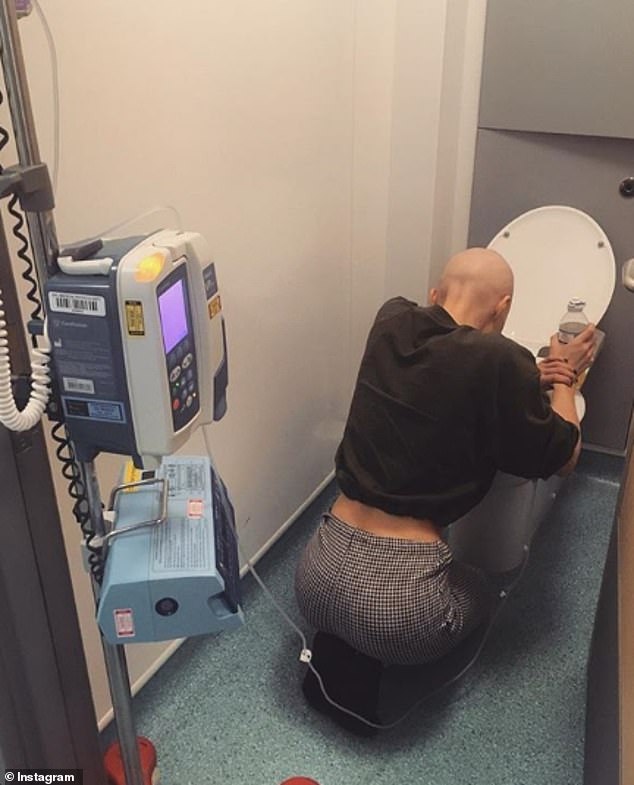 Daisy has undergone over 20 chemotherapy cycles and 50 radiotherapy sessions in two years, as well as numerous operations to try to stabilize the disease (pictured in hospital in January)

Daisy first noticed something was seriously wrong in 2017, after sneezing began to cause painful muscle spasms which would make her collapse.

She had just celebrated her 21st birthday in April when her back started to ache, and she found it unusually difficult to move out of her old flat at the end of the university year.

The pain started to spread to her right leg, which is when Daisy went to the doctor and the grim reality quickly became clear.

Writing on her GoFundMe page, she said she’d always dreamed of being a primary school teacher, and that her life had ‘turned upside down’ when she was diagnosed. 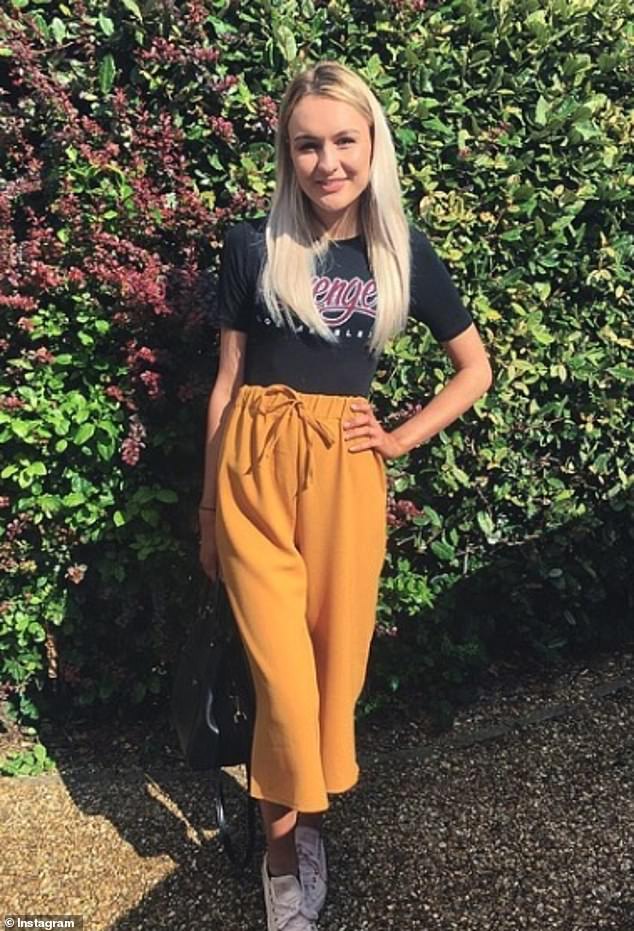 Daisy was diagnosed aged 21, while studying at university to fulfil her dream of becoming a primary school teacher (pictured before diagnosis)

Doctors told her an incredibly rare and aggressive cancer called Alveolar Rhabdomyosarcoma, stage 4, during her summer break before she entered her third year at university.

The cancer grows in muscles and is diagnosed around 3,300 times per year in the UK, usually affecting older children and teenagers.

She explained: ‘The symptoms were so minimal, agonising back and leg pain,  it had made its way around my entire body by the time I was diagnosed.’

When Daisy began her treatment in August 2017, her consultant told her that there was a 50/50 chance of the chemotherapy working. 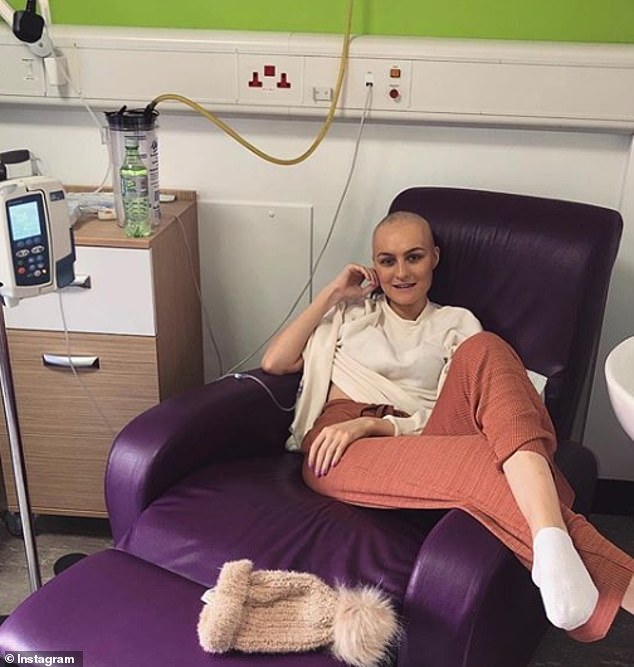 Daisy has since raised £40,000 in just days, and says any funds not used for treatments will be donated to charity (pictured undergoing treatment in March) 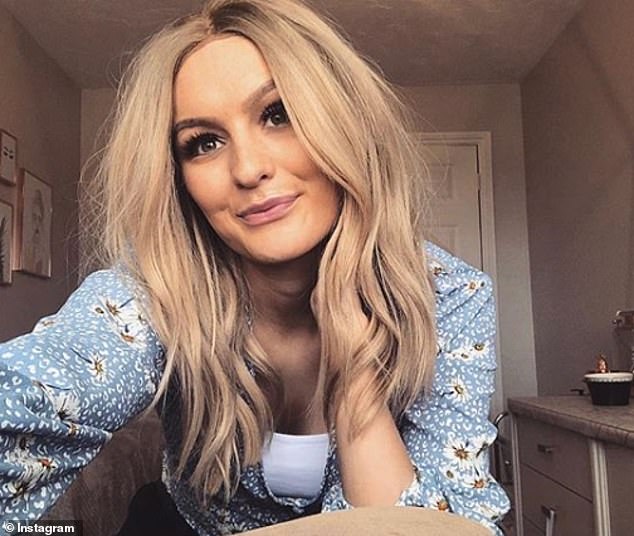 She had chemotherapy in one form or another for 11 months from October 2017, but last year a routine scan found the cancer had returned in her right leg.

Between November 2018 and January 2019, Daisy had four more rounds of chemotherapy only to be told her body had stopped responding to the treatment.

The student bravely began blogging about her experience and quickly found support through the internet as thousands rallied to support her.

Sarcomas are rare types of cancer that develop in the supporting or connective tissues of the body.

Soft tissue sarcomas can develop in muscle, fat, blood vessels, or any of the other tissues that support, surround and protect the organs of the body.

About 3,300 new cases are diagnosed each year in the UK.

Rhabdomyosarcomas grow in the active muscles of the body.

The most common places for them to be found are the head, neck, bladder, vagina, arms, legs and trunk of the body.

Alveolar rhabdomyosarcomas tend to occur in older children and adolescents.

It is usually treated with chemotherapy, along with surgery or radiotherapy – but it’s unknown what causes it.

Most rhabdomyosarcomas are diagnosed after a person develops symptoms. These may include:

Since being diagnosed, Daisy has gone through over 20 cycles of chemotherapy, 50 sessions of radiotherapy and numerous operations to try to stabilise the disease.

However, after two years of treatments, she has now revealed that her body has stopped responding to the few drugs available for Sarcoma on the NHS.

Tumours are still growing, and the cancer is still aggressively spreading to more vital organs such as Daisy’s liver and pancreas.  It has also spread to her hips, and other debilitating areas.

She said: ‘This means my quality of life is very poor as I struggle to walk and my body is exhausted from all the treatment.’ 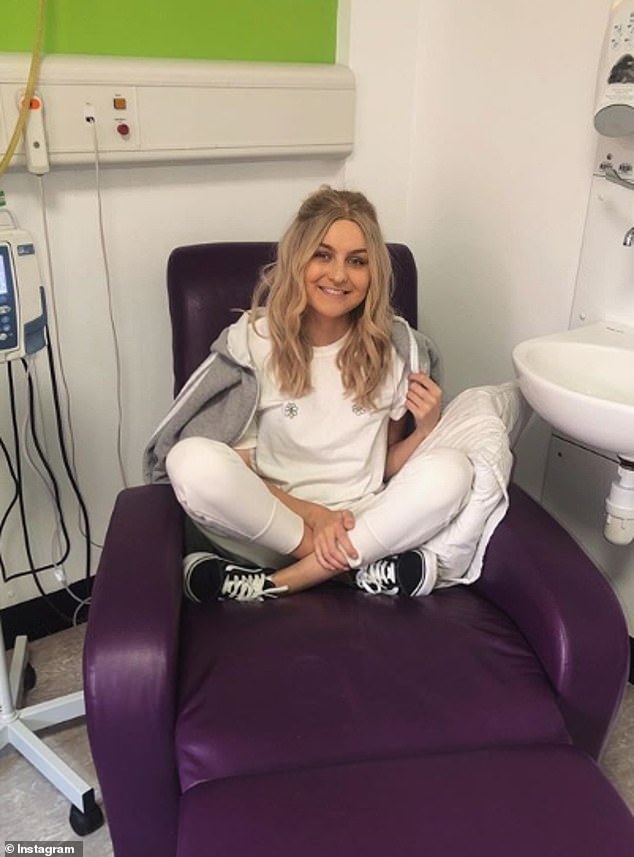 Daisy says the disease has spread to her vital organs including her liver and pancreas, as well as her hips and other areas  (pictured in hospital in May)

Desperate to find a solution, she said her family spent endless hours and ‘many late nights’ researching to try to find a cure.

She explained: ‘We have found that the USA have a trial drug available, which works alongside my current chemotherapy, to try and slow the spread of my aggressive disease down.’

But sadly, due to Daisy’s current chemotherapy and her general health, she is not well enough to fly to America to be part of the trial. 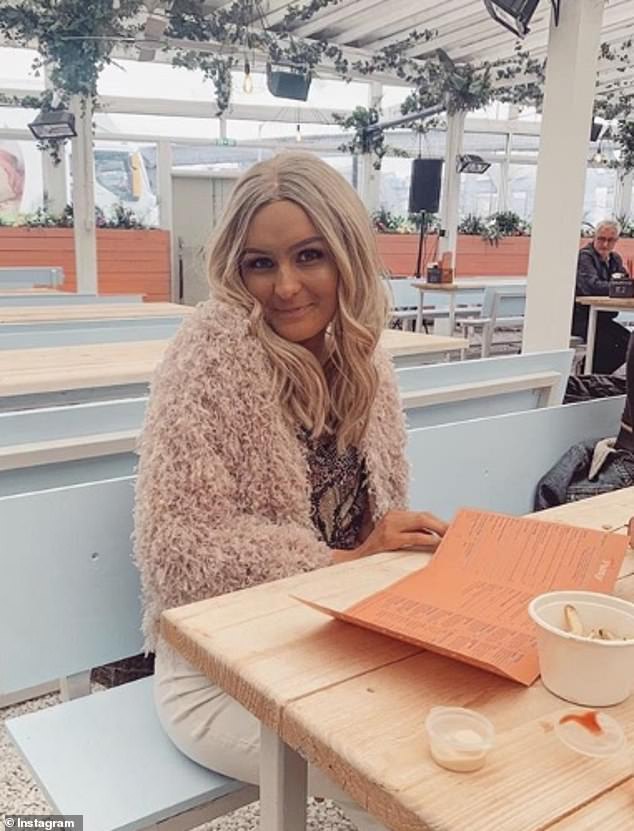 The blogger says she has now exhausted all options on the NHS and called private treatment her ‘last hope’ (pictured in May, celebrating her birthday two years after diagnosis)

She has now launched a GoFundMe page to fundraise £300,000, which she hopes would fund possible targeted therapy and immunotherapy drugs privately in the UK or possibly abroad.

She said: ‘I am so grateful for the NHS. It has made me realise how incredibly lucky we are to have free healthcare, as I am now needing to fundraise enough money for possible targeted therapy and immunotherapy drugs which aren’t available on the NHS.’

Calling the fundraising effort her last hope, she continued: ‘As a family we have never wanted to ask for money, however we have no choice as the potential extra costs are thousands of pounds a month.’ 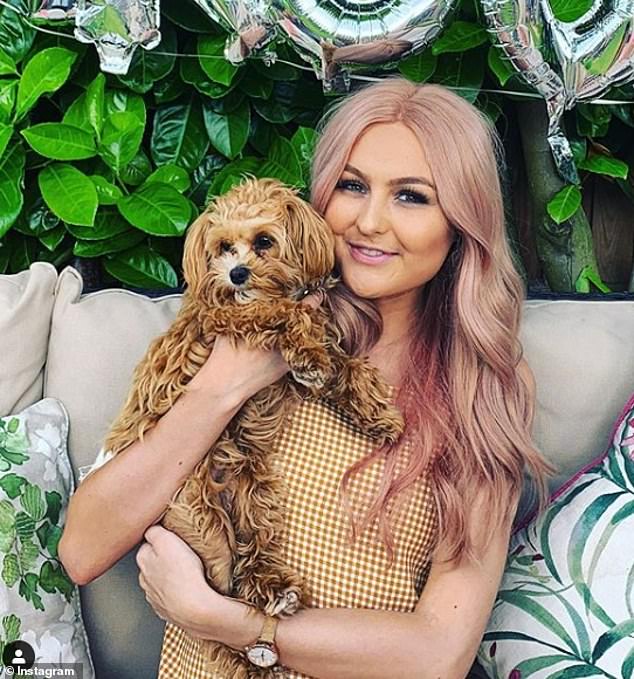 The 23 year old has been fighting a rare and aggressive cancer called Alveolar Rhabdomyosarcoma for two years, but has now exhausted all options on the NHS (pictured in July, wearing a wig)

Since launching the fundraising page just days ago, Daisy has raised over £40,000 with thousands of people donating to the cause.

She bravely said that should she not be well enough to have more treatment, any funds would go to Sarcoma UK.

She added that she hoped it would ‘help prevent anybody else going through half of what I have’.